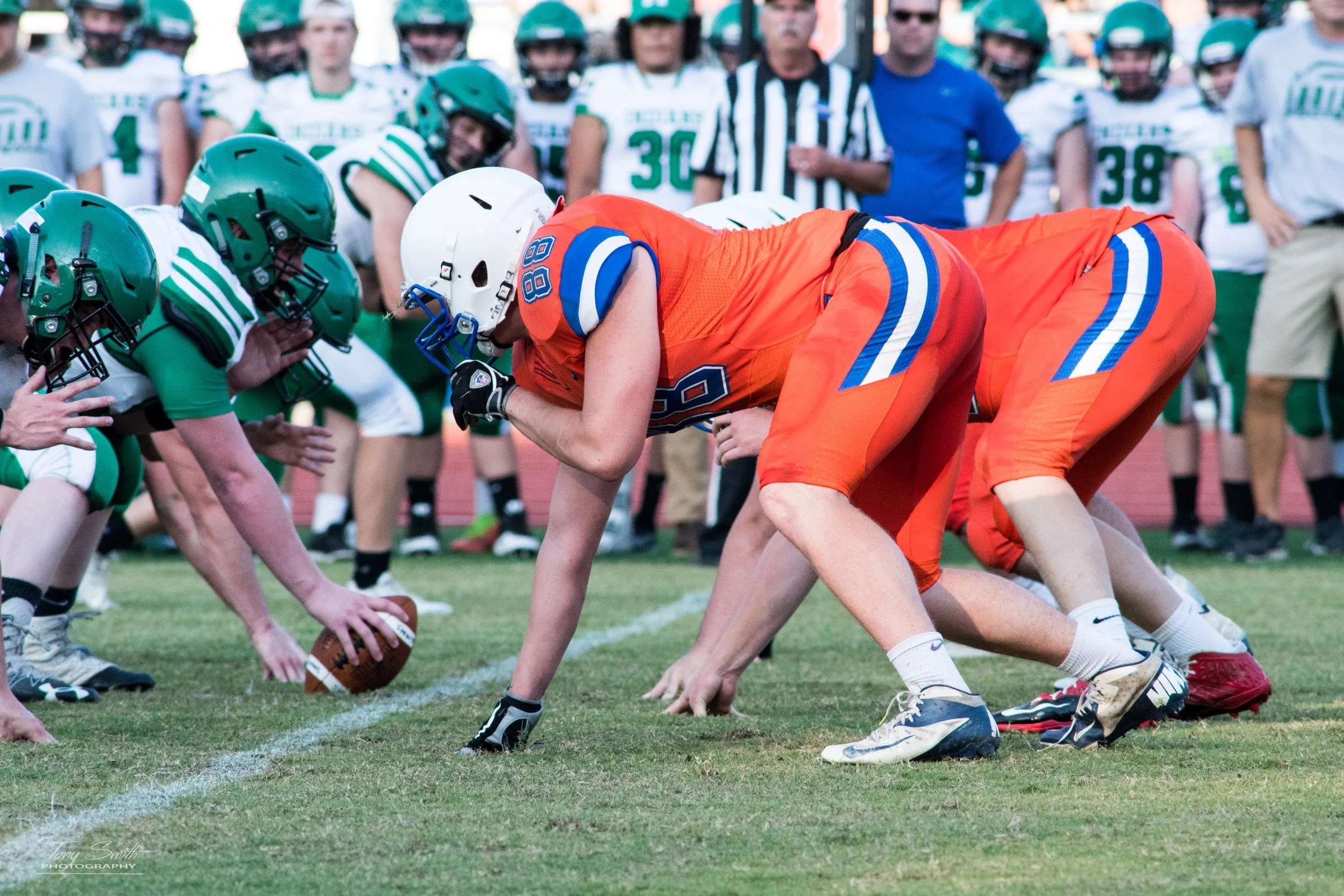 This article was originally posted by Michael Giancola with FNF Coaches. With the growing  popularity of no-huddle offenses, more defensive lines are facing new challenges. Here are a few ways you can prepare your defensive line to face tempo.

Undoubtedly, offenses that run tempo or no-huddle put extreme stress on defensive players and coaches alike.  The no-huddle philosophy is working its way into more and more offenses even if it’s not wholesale.  Some coaches keep it in their repertoire for certain situations to get the defense on its heels.  Regardless, this is something defenses need to account for in some capacity.

Of all the position groups on defense, no-huddle and tempo offenses put a lot of pressure on the defensive line.  Bigger bodies are naturally exposed to a game that is fast paced.  Like anything else in defensive football, this is something that can be accounted for.  Normalizing the tempo, increasing the defensive tempo in practice, having a clear plan for substitutions and simplifying alignments for the defensive line allows them to be comfortable against teams that try to gain the advantage by speeding up the pace of play.

No-huddle and tempo offenses are a daunting task for any defender.  The key is to normalize the speed of play, especially for the defensive line.  Exposing them to tempo early and often is crucial.  Here are a few ways to accomplish this:

Increasing the tempo in practice

Effectively increasing the tempo of practice when playing no huddle/tempo teams during the week helps mimic what the defense is going to see come game time.  However, avoid devolving practice to the point where guys are running around like headless chickens.  This will take precise planning on the part of the coaches, and can be achieved a few different ways:

That idea holds when it comes to no huddle pursuit drills.  This drill can be run for the defensive line or the defense as a whole.  Logistically it is not complicated, but it moves fast.  Place cones at the corner of each endzone and on the 50 yard line on the numbers (four cones total).  Use a scout line or cans and scout skill players as the offense, and start them on the +40 yard line.  The defensive line (or defense) stays on the sideline until the initial whistle blows.  Once that happens, the offense aligns as the line runs onto the field.  Calls are made and the ball is snapped within 15 seconds.  The coach will point to one of the four cones and the line will run to it.  As they pursue to the cone the scout offense runs up ten yards to the +30 (don’t forget the cans if you use them), and aligns in a new formation.  Blow the whistle again, and the line needs to run back to the new line of scrimmage to do it again.  Repeat at the +20 and the +10.

Keeping the linemen fresh against a no huddle/tempo team is a must.  However, wholesale changes of the front between plays is a formula for failure.  Develop a concise plan for substitutions that the players know and stick to it.  Use this as a guide:

The most imperative task of defending no huddle and tempo offenses is aligning properly.  Due to the pace of play, keeping alignment rules simple for the defensive line will help immensely.  At times, alignment rules can be messy, so limit the amount of thinking that the line needs to do presnap.  Also, the onus needs to be put on the defensive line to align correctly.  The linebackers and secondary battle the same issue.  Compartmentalize presnap assignments to make sure each position group is policing themselves.