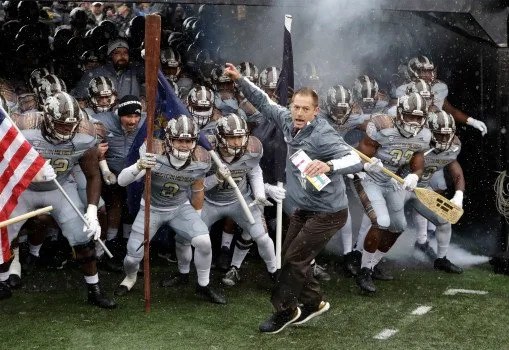 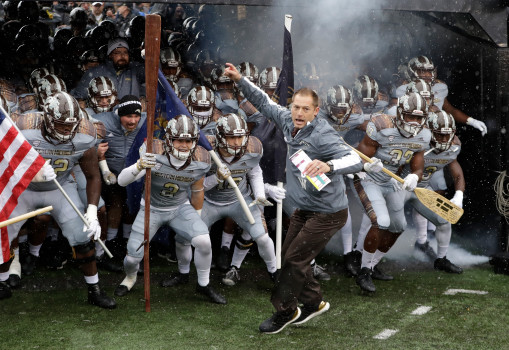 Author Chris Fore is the owner of Eight Laces Consulting. He has put together a vast amount of books and manuals, providing coaches with the insight they need improve there coaching knowledge. In this article, Chris analyzes PJ Fleck, University of Minnesota Football head coach, to see how his attitude towards culture in an organization has lead to unmounted success.

The September 5, 2017 press conference with PJ Fleck had some really great insight in to how he builds a culture.  There is no denying that Coach Fleck is a difference maker.   In 2013, he took over a 22-27 Western Michigan program.  Four years later they were 13-1 and the Mid American Conference Champions, a feat not accomplished in 28 years!

He took over the University of Minnesota job in January of 2017; they beat Buffalo to start the ’17 campaign 1-0.

A reporter asked this question, which caught my ear.  “What is the culture that you’ve brought since you’ve come here to Minnesota?”

Coach Fleck went on to define how he has led the way in changing the culture at places like Western Michigan and Minnesota.  I thought it was dynamite, and worth my time to transcribe it for you.

Coach PJ Fleck: I don’t know the difference, I wasn’t here prior.  I know that we are who we are.  Again, I can’t talk for past cultures.  It’s called the hyper culture, go figure. 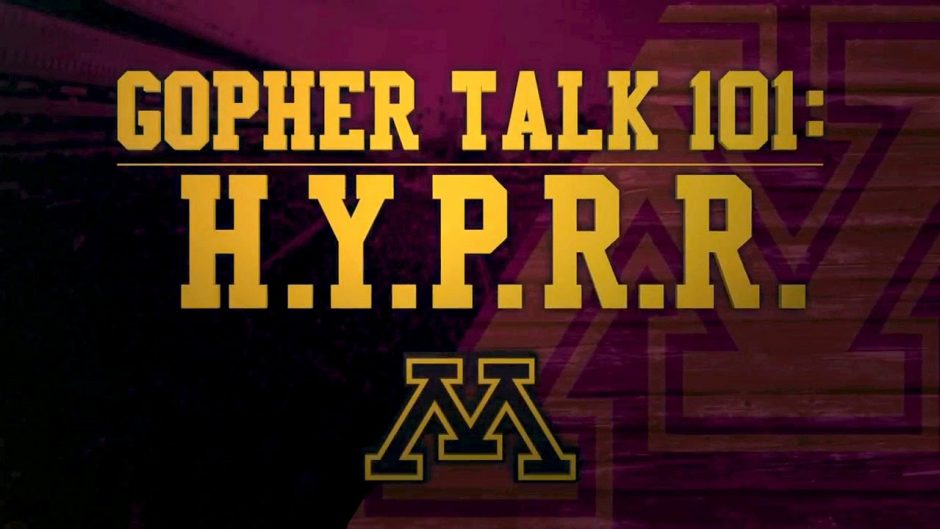 It starts with people.  People matter.  It’s holistically: academically, athletically,  socially, spiritually. I might get fired one day, I might stay here for a long time. But it’s all about people.  It’s my job to make them better people, better students, better people off the field, better husbands, better fathers one day.  I’m an educator. I’m a teacher. That is why I’m here. I’m not here just because I just love football. Remember, before that I was teaching sixth grade social studies. So, that is my job.

Then there is the vision. I have a huge vision for this place. I wouldn’t have come here if the vision wasn’t exactly what I envision Minnesota to become one day.  I wouldn’t come here if it had done it in the last five to ten years, that doesn’t interest me.  I like the real hard ones. The ones that haven’t happened in a very long time.

But I also want people, and recruit people, and bring in coaching staff members who WANT to see that happen, who BELIEVE it can happen, not all of the reasons why we CAN’T do it. Or who hasn’t done it. Or why we haven’t done it.

I want to know why we CAN do it.  And how CAN we do it. Yes, that’s the harder way to look at it.  Cause that’s the longer road, and the tougher journey.  But that’s what I’m about.

It’s like my high school. We won back to back state championships when we were juniors and seniors, and we hadn’t won anything prior to that.  Northern Illinois, we came in to the longest losing streak in the country.  We ended up being 10-2 our senior year.  Rutgers, being able to help Greg Schiano build that turn around, sustain it, do all those things, see the highs, see the lows.

And then Western Michigan, hadn’t won a championship since 1988, or outright since 1966.  See, that’s what drives me guys.

That is what fuels me, And that’s what we want to bring here.  The people who want to make a legendary difference, that’s our culture.

I’m not going to sit here and talk about having the magic wand of things. I know the magic wand is work, and process. Going through all the crud, and the mud, and the dirty water. I know all that, and I’ve done that my entire life.

And then I want people who look at results as just data.  I want our players to say, yeah we won, so what.  Let’s come back in here and realize how we played.  Forget the results.  How’d we play? And how can we grow and get better?

And the last R is response.  I want people with incredible responses.  No matter what happens in life, your oar stays in the water.   Row the boat is not exactly for the best times.  Row the boat is invented for all the bad times.

When I was at Western Michigan in year one we went 1-11. Everybody was like “aw, row the boat didn’t work.”  That’s the time we had to row the boat.  That is when everybody should have grabbed an oar.  When nobody else would, that’s how you get to somewhere legendary.  And that’s not really an easy human characteristic to do, when things are tough, to grab and oar and put it back in the water.  It’s easier to put it back in the boat, and say I’m gonna stop.

So, you asked about our culture!