The Four T’s Of International Offense 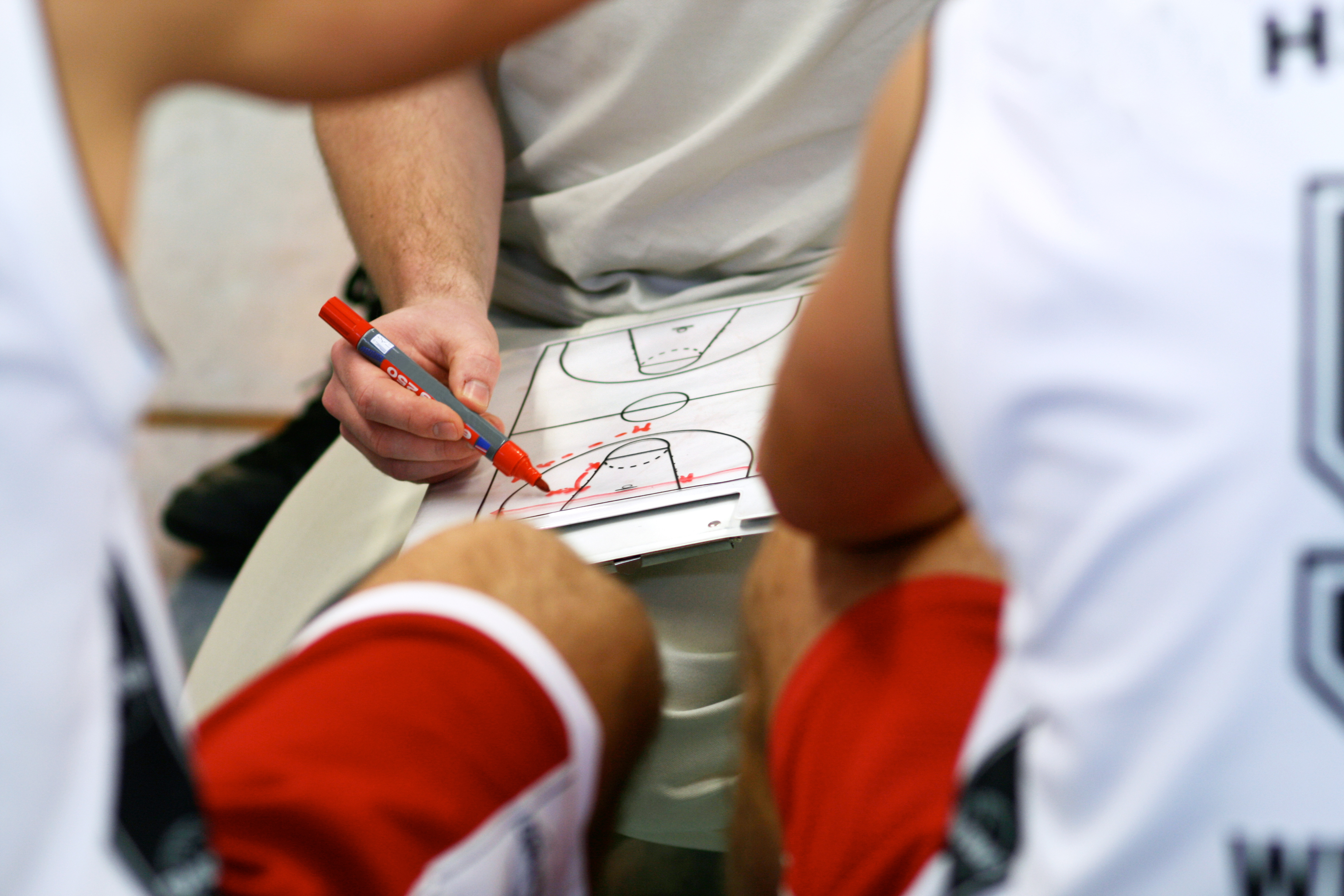 The Four T’s Of International Offense – Four “automatics” to help your team create an advantage. This article was originally published by our partners at Radius Athletics.

When watching International offenses one often sees reoccurring reads. Not plays. Not calls, but reads.

Against a neutral and organized defense, offenses need to use an action to create an advantage. There are four such actions: ball screen, dribble handoff (DHO), off-ball screen and penetration.

The defense’s goal is to neutralize these actions and stay organized. Therefore when attempting to create an advantage it’s imperative to have simple, quick reads in place to counter the defense.

Here are four such reads known as “The Four T’s Of International Offense.”

The “twist” is a ball screen read used when the on-ball defender goes under the ball screen and no advantage is present. 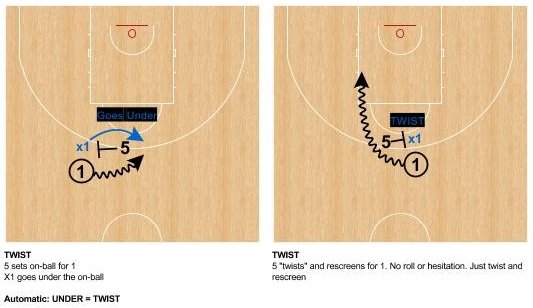 In the diagram above, X1 goes under 5’s ball screen. 5 recognizes this and “twists” into a rescreen for 1. Now 5 can get a better angle and X1 will be induced to go over the top giving the offense an advantage. The ball handler must recognize this situation as well and use the twisting screener.

In the clip below, Pau Gasol reads that a “twist” is needed and sets a rescreen for the ball handler.

Only after the second screen is an advantage created and a second defender engaged.

The “twist” concept can be applied to DHOs as well. The “automatic” is the same – if the defender goes under and no advantage is gained, twist. 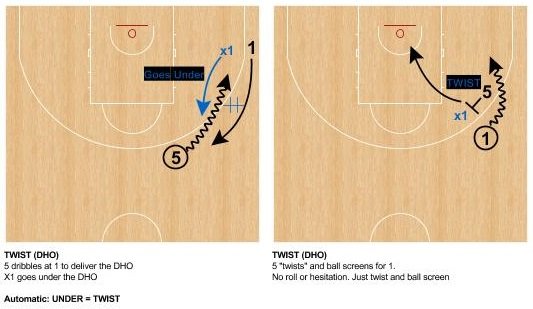 The “turn” is a read applied to the off-ball screen such as a downscreen. The theme is the same – the screen did not create an advantage so the screener “turns” into a rescreen. 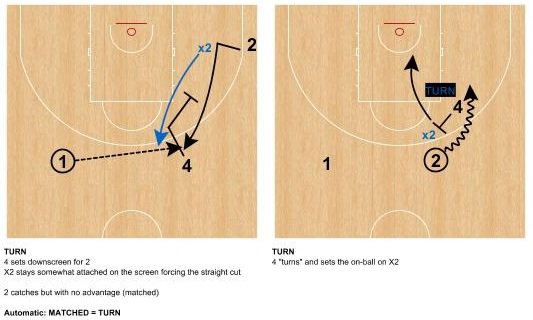 When the cutter (2) gets the catch after using the downscreen, he/she finds themselves with no advantage. The screener recognizes that the cutter’s defender matched on the catch and immediately “turns” to ball screen for the cutter.

Above we see ASVEL set a staggered downscreen. The cutter is matched on the catch and the second screener “turns” into the ball screen.

The “take” is subtly different from a DHO in that the deliverer of the handoff is not dribbling.

In International offense you often see a guard pass to a big on the perimeter and burst into a cut to “take” the ball back. It often, but not always, comes after a guard has killed their dribble.

The big gets a wide base and “puts the ball on a platter” for the guard to “take.” Sprinting into the cut can create a small advantage. 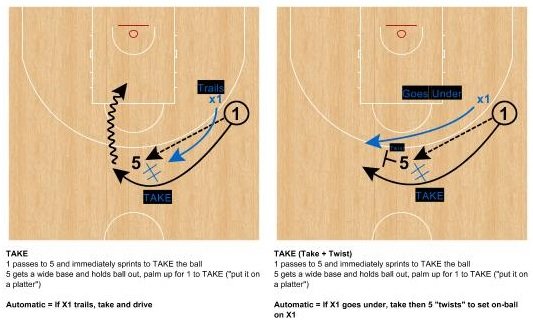 In the diagram above, 1 passes to 5 and cuts to “take” the ball. 1 and 5 are reading X1. If X1 trails around the “take” then 1 would curl and drive (as seen in the video clip above from Iberostar Tenerife).

The “twist” can be applied to the “take” when the defender goes under the handoff. Take the ball from the big, the big then “twists” into the ball screen.

The ball screen may create a temporary small advantage for the ball handler that is neutralized by a secondary defender.

For example, a ball screen is set, the screener rolls and the ball handler attacks.

The ball handler cannot get down the lane line to put pressure on the rim due to drop coverage by the screener’s defender or a guard helping in. 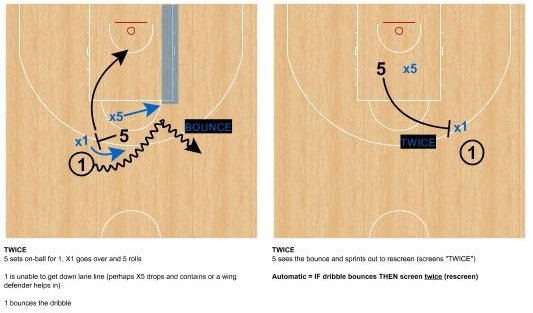 Player 1, unable to get down the lane line, bounces the dribble back out to the perimeter. 5 sprints into the ball screen, thus he/she screens “twice” in an attempt to create an advantage.

Above ASVEL demonstrates the “twice” concept. The ball handler coming out of the ball screen cannot get down the lane line. The screener who rolled, comes back and screens “twice” to create the small advantage.