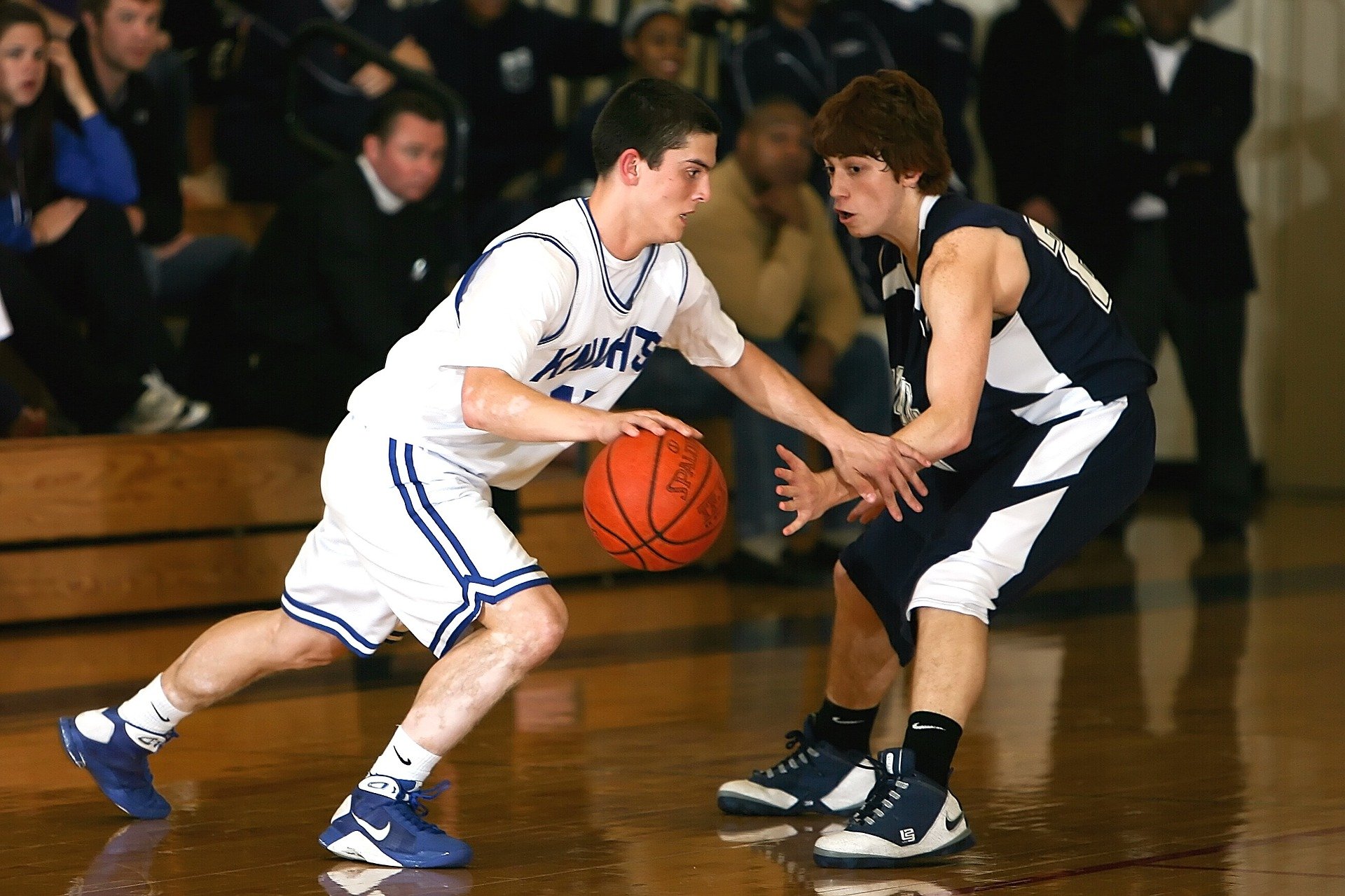 This article by Marke Freeman was originally posted by our partners at PGC Basketball. It’s a great article that discusses different ways parents can aid in their athlete’s development.

As a basketball teacher, trainer and mentor, I have the privilege of attending a lot of basketball games to watch my athletes play. Sitting in the stands of a high school girls’ basketball game late January, the hair on my neck began to stand up. Do I say something now or wait and find a better time? I was fighting myself as I watched a player fall apart both mentally and physically as she was scolded and criticized for her performance from an individual in the stands sitting just two rows behind me. Her coach was doing his best to encourage her but was drowned out by the inappropriate remarks being made by who I found out was the player’s own father.

Extremely uncomfortable, I looked back and saw he was recording the game. I couldn’t imagine why he was recording (considering both teams are provided a copy after the game), but overheard him tell another parent that he and his daughter watch film together regularly. It pained me to know she would hear his commentation and disgust with her performance during their private film sessions. Between his verbal attacks at his daughter, he would question the coach’s’ ability to make in-game decisions and blatantly disrespect the referees as if they were entitled to his opinion.

I quickly realized this guy probably would not be receptive to anything I had to say about his ridiculous antics, especially considering his daughter’s team was losing. Because of that, I held my tongue and found myself cheering for his daughter. After the game, he rushed out of the stands to catch his daughter right as she was leaving the locker room. I prayed he wouldn’t say a word but just give her a huge smile and hug. Instead, she avoided eye contact as she spoke with her teammates and friends. He grabbed her gym bag and walked out the door as she followed.

Sadly, this is not the first or second time I have seen these behaviors from parents. I have come across this dozens of times in varying degrees. In fact, we have all seen that parent who seems to be a bit overzealous, and we probably have had a bit of that parent in us at one time or another. My hope is that by reading this, we all will find better ways to contribute to our child’s playing environment and overall success.

An estimated 30 million children played on youth league teams this past year. Most athletes quit sports by the time they enter middle and high school, experts say. This not only puts kids at risk of gaining weight and becoming sedentary adults, but robs them of one of the great joys of living, which is an active lifestyle. Why does this happen? Some blame goes to overzealous parents–those who are too fervent, too intense and overinvolved in their child’s playing careers.

This mindset typically causes the parent to not only make unfair and unnecessary remarks at their own child, but also at their child’s teammates, players on the opposing team, referees, coaches and other parents with different opinions. The game needs more fans and less critics posing as coaches and referees in the stands.

One thing I loved about my mother while I was a player was that she knew very little about basketball when I first began. Because of her limited basketball knowledge, she could not scold me after games, she couldn’t force me into a gym to train and she couldn’t sit in the stands and talk badly about my coach’s’ philosophy. She demanded only two things: hard work and respect for all.

She never coached my performance, only my character and things that were 100% within my control. This allowed me to easily find peace after a bad performance, become intrinsically motivated to fine-tune my craft and learn from others without the confliction of a parent’s biased opinion. It made me better, allowed me to figure things out on my own and didn’t tarnish the relationship between me and my mother.

As a basketball teacher, coach and mentor, I have been asked to mediate a number of relationships between players and parents and coaches and parents. The common question asked is, “How can I contribute to my child’s playing experience and not contaminate it?” Here are four actions that have proven to work for my athletes, parents and coaches.

1. TRUST THE COACHES AND REFEREES

As a parent, you have every right to give your child instructions. But it’s very important to know when the message will be helpful and when it will be hurtful. It can be very confusing for a player who is forced to choose between listening to their coach or their parent sitting in the stands. This frustration negatively affects their experience and performance.

Trust that the coach will give the necessary feedback. Not even the best coaches in the world always make all the correct game-time decisions, but trust that they have the best interest of each individual player and the team. Trust that the officials are doing their absolute best with what they know–not even the top official in professional leagues get every call right.

Channel your energy to the controllable. Celebrate the players for their effort.

2. WINNING IS NOT EVERYTHING

The pressure of wins and losses is coming to players at too young of an age. This is provoked by societal attitudes that encourage winning at all costs and by parents who seem to be living vicariously through their child. Remember, winning isn’t everything. What’s most important is the character of the athlete being developed. There are so many positive character traits developed through sports. If we define success and failures in terms of winning and losing, we are playing a losing game with the child. Remember what is most important.

Following a game, most participants are mentally and physically exhausted, which in turn can make players, coaches and officials less receptive to feedback. Refrain from game feedback or constructive criticism of players and/or coaches for at least 24-48 hours after a game (unless asked sooner). This has proven to work very well as it allows everyone involved to calm down, assess the game, self-assess and self correct where needed. Allowing time also makes it more probable the player and/or coach will be receptive to feedback and not become defensive or question one’s intentions.

4. THE MOST IMPORTANT WORDS

The most important six words one can tell an athlete following a game is, “I love to watch you play.” The pressure of wins and losses has many athletes feeling as if their value to the world is determined by their performance. This couldn’t be further from the truth. Following a tough performance, remind them of how special they are and of the things they did well. They should know you support them and are proud of them regardless of the final score.

As parents/fans, our opinion is often the most valued, but we sometimes forget the power our opinion, words and mannerisms hold. We control both the type of energy and level of energy in the gym which affects the performance of players, coaches and referees. We can contribute to the playing environment, or we can contaminate the playing environment. Contribute by shouting praises! Remember, character building is what’s most important. Respect player’s peace of mind and trust the intentions of coaches and referees. Make the sport world a better place. Don’t be another critic. Be their #1 fan.