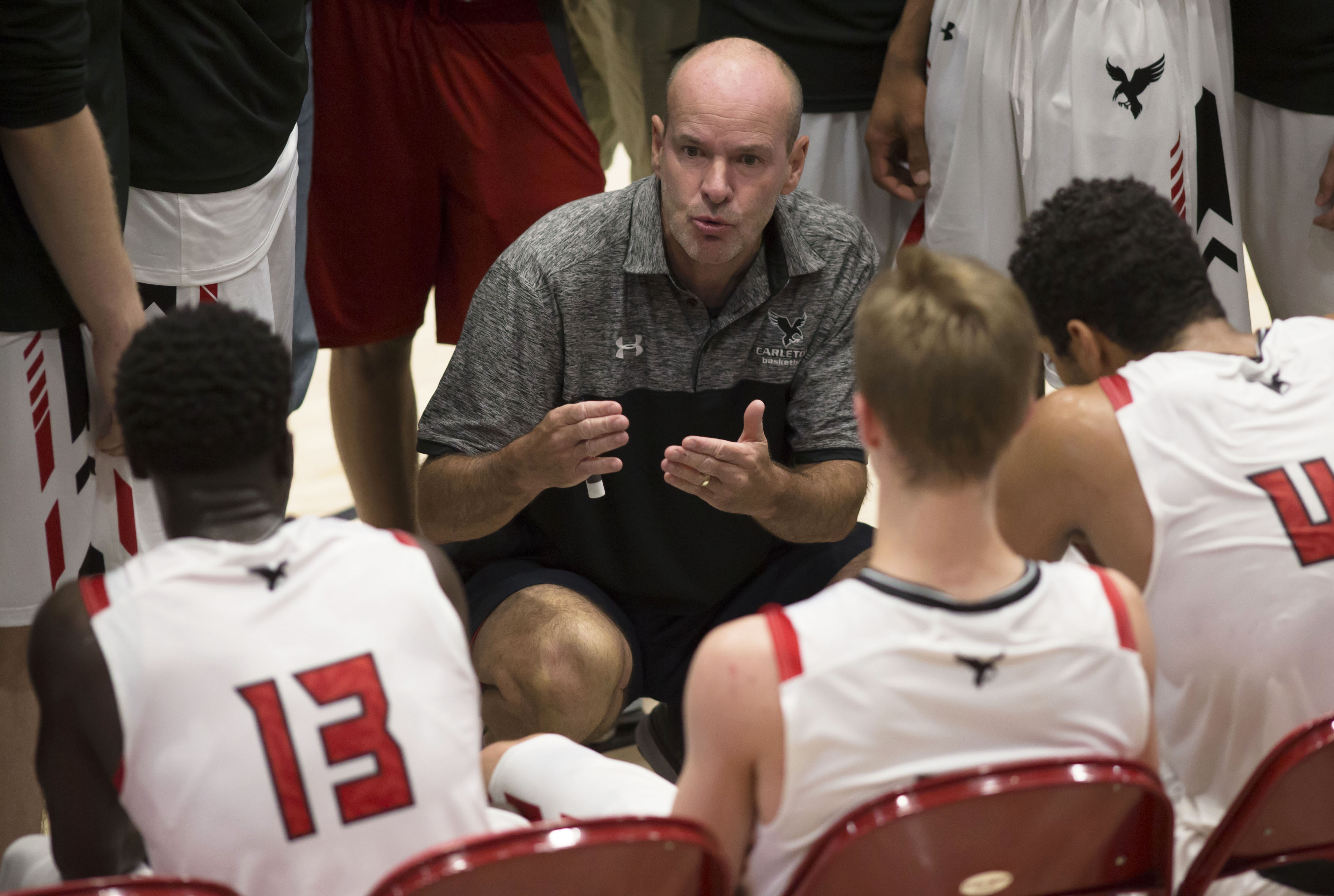 This article was written by Scott Rosberg. Scott is the owner of Great Resources for Coaches, a website that serves as a tool for coaches across the country. Scott is a professional writer and speaker, and talks about preparation, success, confidence, among other topics in this article.

Developing confidence in athletes is a key part of coaching, and preparing them properly sets them up for success.

In the last few posts I wrote for Fast Model Sports I talked about some important elements of team sport success being things that we might not always think of as the most important, like the locker room and bench behavior. So much of what we do to prepare ourselves and our teams for a season is involved in the strategy and performance areas – offenses, defenses, special situations, plays, drills for building skills, small-sided games, etc. These are major areas for us to learn and get good at. The better we are at these, the better chance we have at success.

I also said that I have long felt that those areas are secondary to a number of other areas. Things like developing team standards, instilling a team-first attitude, emphasizing and then working on kids having strong work ethics, building confidence and trust with teammates, and rewarding positive behavior and good sportsmanship are all elements that would fall into this category.

This post is the first in a series on one of those types of topics – the importance of coaches understanding our role in building an athlete’s confidence.

Are your practices designed to prepare your kids fully so that they enter the competitive arena with the confidence to perform well? Do your actions follow and align with your words with regards to instilling and building your players’ confidence? Do you recognize the various levels of confidence that each of your players has? Do you see that some of your players’ confidence levels may be sky high in some realms and in the basement in others? Do you talk to your team as a whole about the importance of each of the players’ roles in building confidence in their teammates? These are some of the questions coaches should ask themselves, and that I will provide some tips to consider.

Confidence comes from a variety of sources. More than any other source, though, preparation is what builds the most confidence. When we feel prepared for something, we enter into it with a much higher degree of confidence than when we are not prepared. Think about any test that you ever took in school. Chances are that you felt more confident for tests that you studied for and knew the subject matter for than those that you didn’t prepare for.

The same holds true for athletes. When we help them prepare to the best of their abilities to enter their competitions, they will attack the competitions with a confidence that they could never hope to have without the proper preparation. Putting in the time and effort to prepare is the strongest way to boost confidence.

It is critical that we as coaches offer as much preparation as possible to our athletes. No matter the sport, we must give athletes the tools for success before their competitions, so they feel confident in those competitions. Without a doubt, practice is the most important element. From skill-building to drills that break down team assignments to strategies and plays, a well-planned, well-run, efficient practice has the greatest impact on an individual’s, and consequently, a team’s preparation. Therefore, the most important thing that coaches can do is create great practices that put their athletes into positions that help develop their confidence.

Apart from the actual practice, things like film study, scouting reports, positive affirmations, proper training and conditioning, nutritional tips, and a well-planned pre-game warm-up can also help an athlete feel better prepared for the competition. Each of these elements just gives an athlete another “arrow in the quiver” that can help fuel the confidence necessary to perform.

While practice is the most important element in an athlete’s confidence, prior success is another strong force. If athletes have had success before, that success can help fuel their confidence for future contests. When athletes experience success, it often helps them feel they are capable of more of that success. Sometimes, success can be such a strong element, that the success does not even have to be in the exact same realm as what the next endeavor is. For instance, if an athlete had a strong scoring game last time out, it may also impact his or her passing, rebounding or defense in a positive way the next time.

Also, successful athletes in one sport can often use that success to carry over to a different sport, especially if there is some similarity between the sports. While soccer, basketball and lacrosse all have very different elements to them, there are enough similarities in the way the games are played as well as the action and flow of the games that players can transfer some of the feelings of what created success in the one over to the other.

My son told me years ago after playing in his spring soccer season and preparing for his summer basketball tournaments, “This may sound strange, but I think my ball handling in basketball is better because of my soccer.” Understand that he had not been playing basketball for a few months! But it made sense to me. He had spent the prior two-three months having great success dribbling a soccer ball around a field with his head up the entire time. Imagine how that could impact you as a ball handler for basketball. So, he started back to basketball with another level of confidence that he developed from the success he felt playing soccer.

Be careful with using success as a confidence-booster, though. While past success can definitely impact future confidence, it cannot be counted on like other confidence-builders. That’s because success can be fleeting, it can be fake, or it may not ever occur. For those who have success in an endeavor one week but then not the next week, it can be confusing and difficult to understand.

Consider what led to the success the prior week. Was it that you had prepared so well that you were completely ready for your opponent? If that was true, but then this week you did not put as much into your preparation, then your success the prior week may be setting you up for a setback this week, especially if you face a tough opponent.

That brings up another problem with success as a confidence-builder. What if your success last week was against an inferior opponent? One could easily feel confident this week due to the success last week, but it would be confidence based on a false premise. This happens often to teams and athletes who destroy far weaker competition. They get a false sense of security in their abilities. Then, when they come up against a better opponent, while they may feel confident, their confidence can soon be replaced by doubt, fear, and tentativeness when they realize they are not prepared for this opponent. So, while you can use prior success to help motivate athletes to feel confident in their futures, don’t count on it as always being able to push your athletes to new levels of confidence.

Confidence is an extremely sensitive thing. You never know what will spark it or crush it in someone, as everyone is different. One method of inspiring confidence for a person may do nothing for someone else. That means that coaches need to constantly be trying new things to help determine what works.

Next post, we will move into external forces that can impact an athlete’s success, specifically coaches and teammates.

For a more in-depth look at instilling confidence in athletes, I highly recommend two booklets by Bruce Brown of Proactive Coaching. The first one is “Playing with Confidence: For Athletes to Read, For Coaches to Teach.”This is available in both printed and ebook formats. The second is “Confidence: How Parents Can Help Build a Confident Athlete.” This one is in ebook format only. You can pick both up at www.proactivecoaching.info.