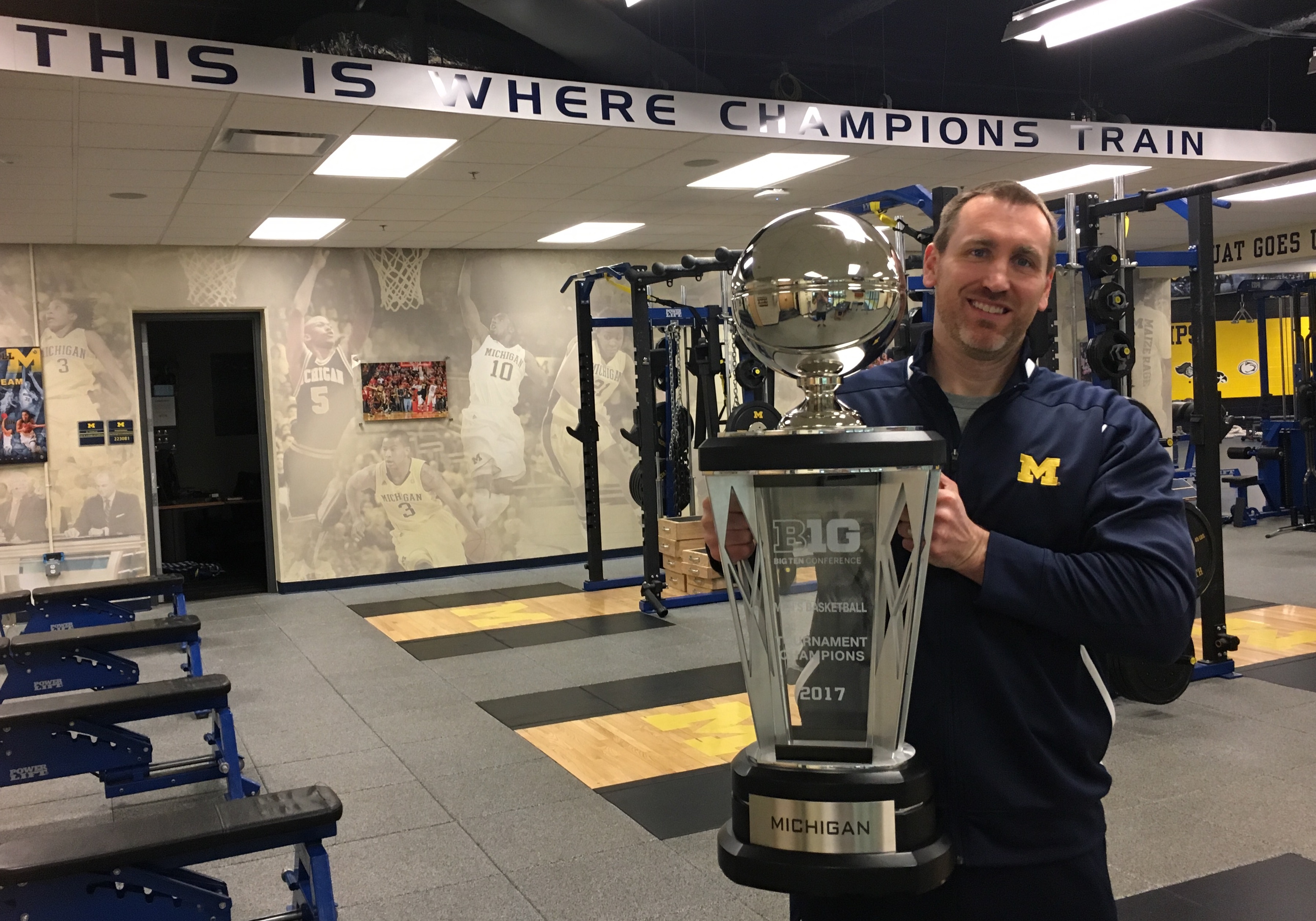 Our basketball strength partner Jon Sanderson has been getting a bunch of press (and credit) for Michigan’s postseason run.  An article was recently published in the Detroit Free Press (Michigan’s Jon Sanderson, John Beilein Development Boosts NBA Interest) giving an NBA scouts analysis of players coming out of Michigan.  He gave a lot of credit to Sanderson for this development.

Sanderson is the second longest tenured assistant coach on the staff – since 2009.  During his tenure Michigan has placed eight players in the NBA including:  Manny Harris, Darius Morris, Trey Burke (Naismith Award Winner), Tim Hardaway Jr., Mitch McGary, Glenn Robinson III (NBA Dunk Contest Champion), Nik Stauskas and Caris LeVert.  Of these players, only McGary was a “bluechip” prospect out of high school.

The development of players out of the University of Michigan  basketball program is starting to turn heads.  The players come in with some tools, but its the development that happens in the program that is impressive.

“You see them as freshmen and say, OK, they’re talented, they’ve got some skill, they need to get stronger and work on their body,” said an NBA scout, who also is not authorized to speak publicly about prospects and schools. “Then the next year you see them, the first practice and you’re like, whoa. They’re stronger, they’re more explosive.

It’s not all Sanderson of course. Credit is due to Coach John Beilein’s 40+ years in the business of teaching basic skills and a complex system. As Snyder put it:

“Beilein’s players improve rapidly because he spends significant time on skill development and fundamentals and forces them into a mentally challenging offense. Their bodies mature because he has made strength training a priority under Sanderson.”

Why is Sanderson so good at what he does?  One of the big reasons is his background as a basketball player himself.

“Part of that is Sanderson’s background. Many college basketball strength coaches are former football players, so it’s challenging for them to relate to basketball training. Sanderson not only played in the Big Ten on a great team, he played with NBA players so he understands high-level athletes. Seeing (D.J.) Wilson’s stability and jumping — he tied Robinson’s program record with a 12-foot, 3-inch vertical leap, an eight-inch improvement, and is 45.6% stronger than when he arrived — allows him to guard massive Big Ten centers, just two years after getting his shot blocked by a 6-foot-2 Villanova guard.”