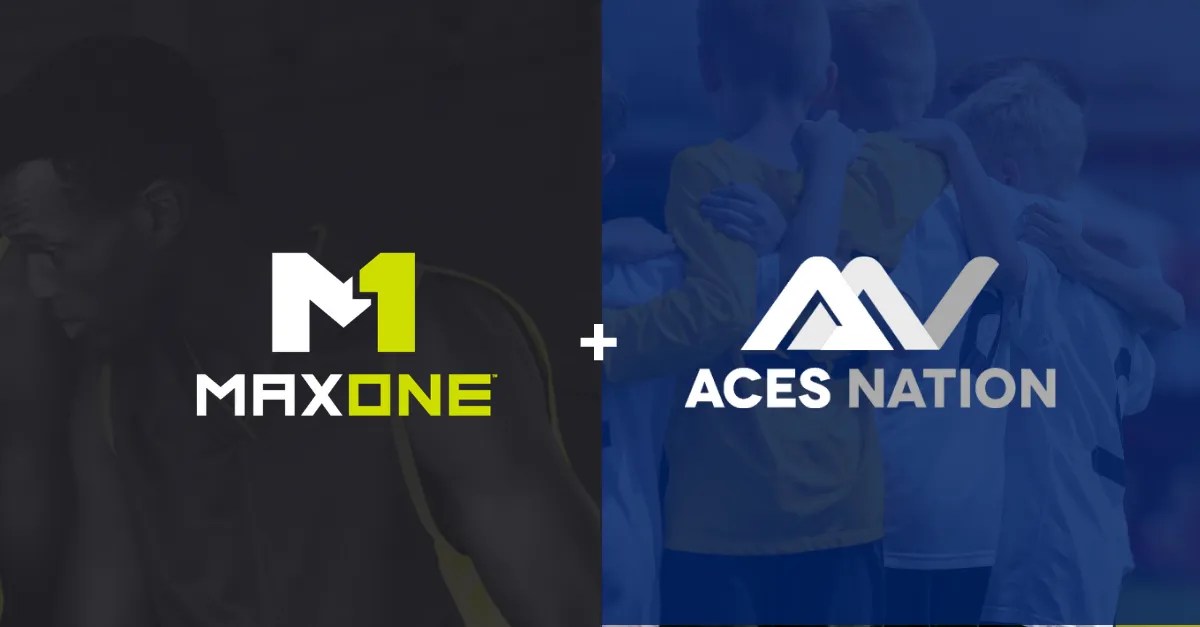 ACES Nation, a team of former college and professional athletes that develops high-level individual and team-based training curriculum has partnered with MaxOne to enhance their virtual offering with the implementation of a custom branded ACES Nation all-in-one team management and athlete development platform.

The ACES Nation team recognizes and understands the challenges that athletes face every day when it comes to communication, accountability, affordability, and expectations. To combat these challenges, they are revolutionizing the approach to youth sports by connecting athletes, parents, and coaches via digital access to world-class programs in a single comprehensive platform.

MaxOne is the leading Virtual Coaching Platform designed for coaches and athletes to train, connect, and grow together, from anywhere. With the touch of a button, hundreds of on-demand videos, and individual or multi-week training programs are available at the athletes’ fingertips. Performance data is tracked on live leaderboards, allowing athletes to see where they stack up for specific exercises, drills, and overall effort creating a culture of competition and accountability.

Youth sports organizations and athletic departments will be using ACES Nation’s All-In-One Platform for athlete development and performance improvement. ACES Nation wanted their own branded app that would give them the ability to customize features around their business model and provide a digital solution that would source and deliver content for sports organizations to use with their athletes. The partnership with MaxOne will include a customized, white-label product that ACES Nation will be providing to clubs and schools throughout the United States, and around the world, known as “ACES Nation Connect.” Together, ACES Nation and MaxOne will enhance the virtual coaching experience for programs around the world through technology, engagement, constructive coaching and training, and the athletes’ love of the sport.

“The world of youth sports desperately needs what Tim and the ACES Nation team have built”, says CEO at MaxOne, Jason Mejeur. “Their out-of-the-box training services allow coaches to spend more time on team-building, strategy, and skill development. MaxOne is excited to be the software that powers ACES Nation to the next level.”

“Jason’s incredible knowledge and leadership, along with his extremely talented team at MaxOne, has given ACES Nation the ability to turn a long-time vision into a reality”, said ACES Nation founder, Tim Livingston. ” Now instead of providing multiple individual programs, MaxOne has given us the ability to deliver a complete integrated solution to sports organizations on a single platform. Thanks to MaxOne, ACES Nation now offers one of the most comprehensive sports management software solutions in the world.”

ACES Nation founder, Tim Livingston, is an entrepreneur and former athlete who is passionate about helping people in the community. From that stems a business that Tim has created centered on “transforming futures, improving lives and enriching communities through the power of sports.” ACES Nation’s mission is to improve the lives of student-athletes and their families by taking a fresh approach in helping sports organizations better prepare, guide, and empower athletes’.

MaxOne’s Virtual Coaching Platform (‘VCP’) empowers organizations, coaches, and athletes with a digital solution to train, connect and grow together, anywhere. With an increasing list of demands, directors and coaches need to be smarter in the development of their training programs and in the use of their time and resources. MaxOne’s VCP features cutting-edge training tools, creating the most sophisticated and engaging on-demand digital training experience available.