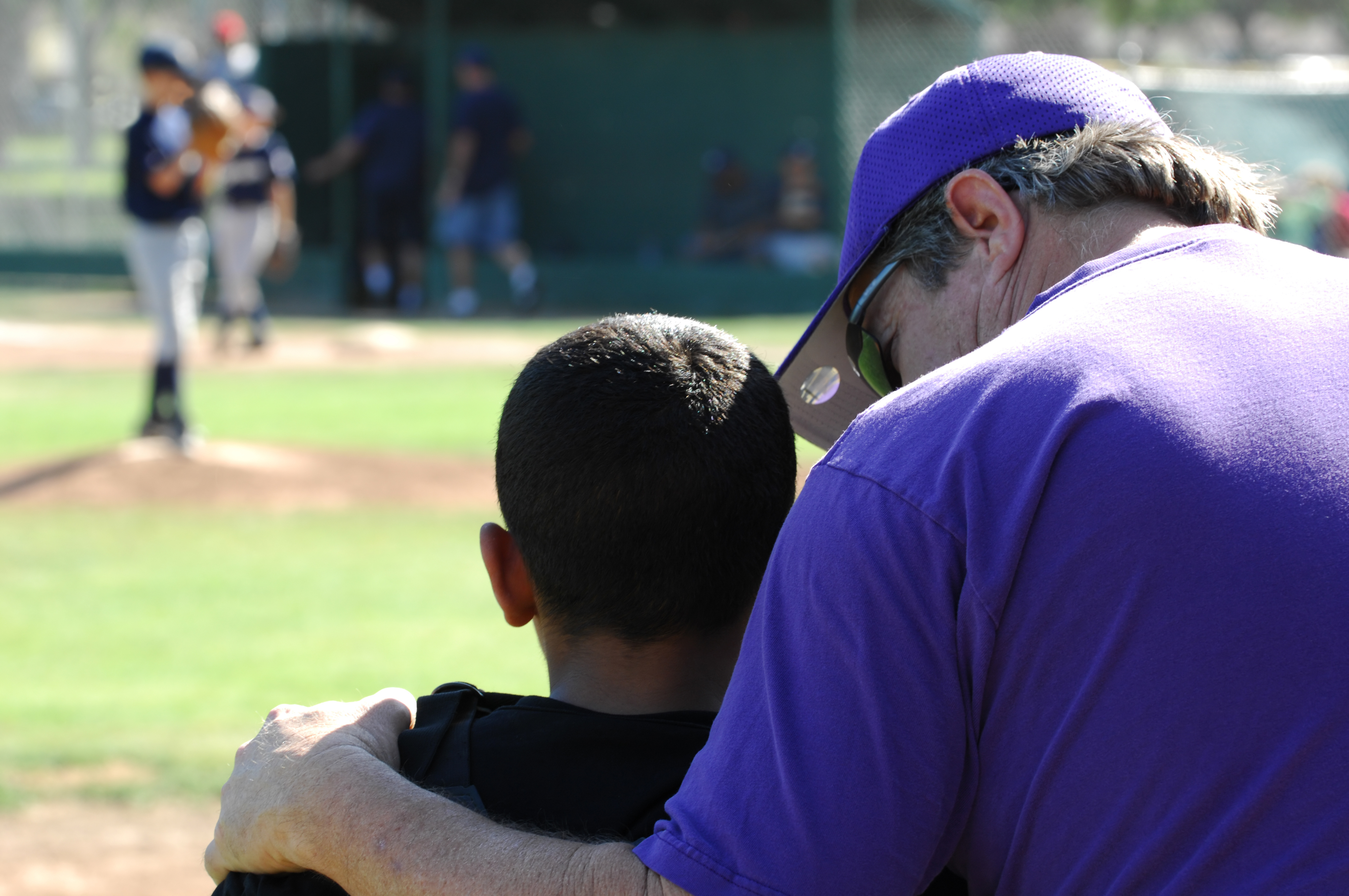 This article was originally posted on Sperry Baseball Life, written by Chris Sperry.  17 inches is a great story about resilience, discipline, faith, and commitment that we can all learn from.  While this is a baseball story, the message is applicable to all sports. At MaxOne we believe coaches play a tremendous role in the growing of our youth.  Please check out our demo videos to see how we can help.

In Nashville, Tennessee, during the first week of January, 1996, more than 4,000 baseball coaches descended upon the Opryland Hotel for the 52nd annual ABCA convention.

While I waited in line to register with the hotel staff, I heard other more veteran coaches rumbling about the lineup of speakers scheduled to present during the weekend. One name, in particular, kept resurfacing, always with the same sentiment — “John Scolinos is here? Oh man, worth every penny of my airfare.”

Who the hell is John Scolinos, I wondered. No matter, I was just happy to be there.

I woke early the next morning and found myself alone in the massive convention hall, reviewing my notes from the day before: pitching mechanics, hitting philosophy, team practice drills. All technical and typical — important stuff for a young coach, and I was in Heaven. At the end of the morning session, certain that I had accurately scouted the group dynamic and that my seat would again be waiting for me after lunch, I allowed myself a few extra minutes to sit down and enjoy an overpriced sandwich in one of the hotel restaurants.

I managed to find a seat between two high school coaches, both proudly adorned in their respective team caps and jackets. Disappointed in myself for losing my seat up front, I wondered what had pried all these coaches from their barstools. I found the clinic schedule in my bag: “1 PM John Scolinos, Cal Poly Pomona.” It was the man whose name I had heard buzzing around the lobby two days earlier. Could he be the reason that all 4,000 coaches had returned, early, to the convention hall? Wow, I thought, this guy must really be good.

I had no idea.

In 1996, Coach Scolinos was 78 years old and five years retired from a college coaching career that began in 1948. He shuffled to the stage to an impressive standing ovation, wearing dark polyester pants, a light blue shirt, and a string around his neck from which home plate hung — a full-sized, stark-white home plate.

Seriously, I wondered, who in the hell is this guy?

After speaking for twenty-five minutes, not once mentioning the prop hanging around his neck, Coach Scolinos appeared to notice the snickering among some of the coaches. Even those who knew Coach Scolinos had to wonder exactly where he was going with this, or if he had simply forgotten about home plate since he’d gotten on stage.

“You’re probably all wondering why I’m wearing home plate around my neck. Or maybe you think I escaped from Camarillo State Hospital,” he said, his voice growing irascible. I laughed along with the others, acknowledging the possibility. “No,” he continued, “I may be old, but I’m not crazy. The reason I stand before you today is to share with you baseball people what I’ve learned in my life, what I’ve learned about home plate in my 78 years.”

Several hands went up when Scolinos asked how many Little League coaches were in the room. “Do you know how wide home plate is in Little League?” After a pause, someone offered, “Seventeen inches,” more question than answer.

“That’s right,” he said. “How about in Babe Ruth? Any Babe Ruth coaches in the house?”

“Seventeen inches?”came a guess from another reluctant coach.

“That’s right,” said Scolinos. “Now, how many high school coaches do we have in the room?” Hundreds of hands shot up, as the pattern began to appear. “How wide is home plate in high school baseball?”

“You’re right!” Scolinos barked. “And you college coaches, how wide is home plate in college?”

“Seventeen inches!” we said, in unison.

“Any Minor League coaches here? How wide is home plate in pro ball?”

“SEV-EN-TEEN INCHES!” he confirmed, his voice bellowing off the walls. “And what do they do with a a Big League pitcher who can’t throw the ball over seventeen inches?” Pause. “They send him to Pocatello!” he hollered, drawing raucous laughter.

“What they don’t do is this: they don’t say, ‘Ah, that’s okay, Jimmy. You can’t hit a seventeen-inch target? We’ll make it eighteen inches, or nineteen inches. We’ll make it twenty inches so you have a better chance of hitting it. If you can’t hit that, let us know so we can make it wider still, say twenty-five inches.’”

” … what do we do when our best player shows up late to practice? When our team rules forbid facial hair and a guy shows up unshaven? What if he gets caught drinking? Do we hold him accountable? Or do we change the rules to fit him, do we widen home plate?

The chuckles gradually faded as four thousand coaches grew quiet, the fog lifting as the old coach’s message began to unfold. He turned the plate toward himself and, using a Sharpie, began to draw something. When he turned it toward the crowd, point up, a house was revealed, complete with a freshly drawn door and two windows. “This is the problem in our homes today. With our marriages, with the way we parent our kids. With our discipline. We don’t teach accountability to our kids, and there is no consequence for failing to meet standards. We widen the plate!”

Pause. Then, to the point at the top of the house he added a small American flag.

“This is the problem in our schools today. The quality of our education is going downhill fast and teachers have been stripped of the tools they need to be successful, and to educate and discipline our young people. We are allowing others to widen home plate! Where is that getting us?”

Silence. He replaced the flag with a Cross.

“And this is the problem in the Church, where powerful people in positions of authority have taken advantage of young children, only to have such an atrocity swept under the rug for years. Our church leaders are widening home plate!”

I was amazed. At a baseball convention where I expected to learn something about curveballs and bunting and how to run better practices, I had learned something far more valuable. From an old man with home plate strung around his neck, I had learned something about life, about myself, about my own weaknesses and about my responsibilities as a leader. I had to hold myself and others accountable to that which I knew to be right, lest our families, our faith, and our society continue down an undesirable path.

“If I am lucky,” Coach Scolinos concluded, “you will remember one thing from this old coach today. It is this: if we fail to hold ourselves to a higher standard, a standard of what we know to be right; if we fail to hold our spouses and our children to the same standards, if we are unwilling or unable to provide a consequence when they do not meet the standard; and if our schools and churches and our government fail to hold themselves accountable to those they serve, there is but one thing to look forward to …”

With that, he held home plate in front of his chest, turned it around, and revealed its dark black backside.

Coach Scolinos died in 2009 at the age of 91, but not before touching the lives of hundreds of players and coaches, including mine. Meeting him at my first ABCA convention kept me returning year after year, looking for similar wisdom and inspiration from other coaches. He is the best clinic speaker the ABCA has ever known because he was so much more than a baseball coach.

His message was clear: “Coaches, keep your players — no matter how good they are — your own children, and most of all, keep yourself at seventeen inches.”

He was, indeed, worth the airfare.