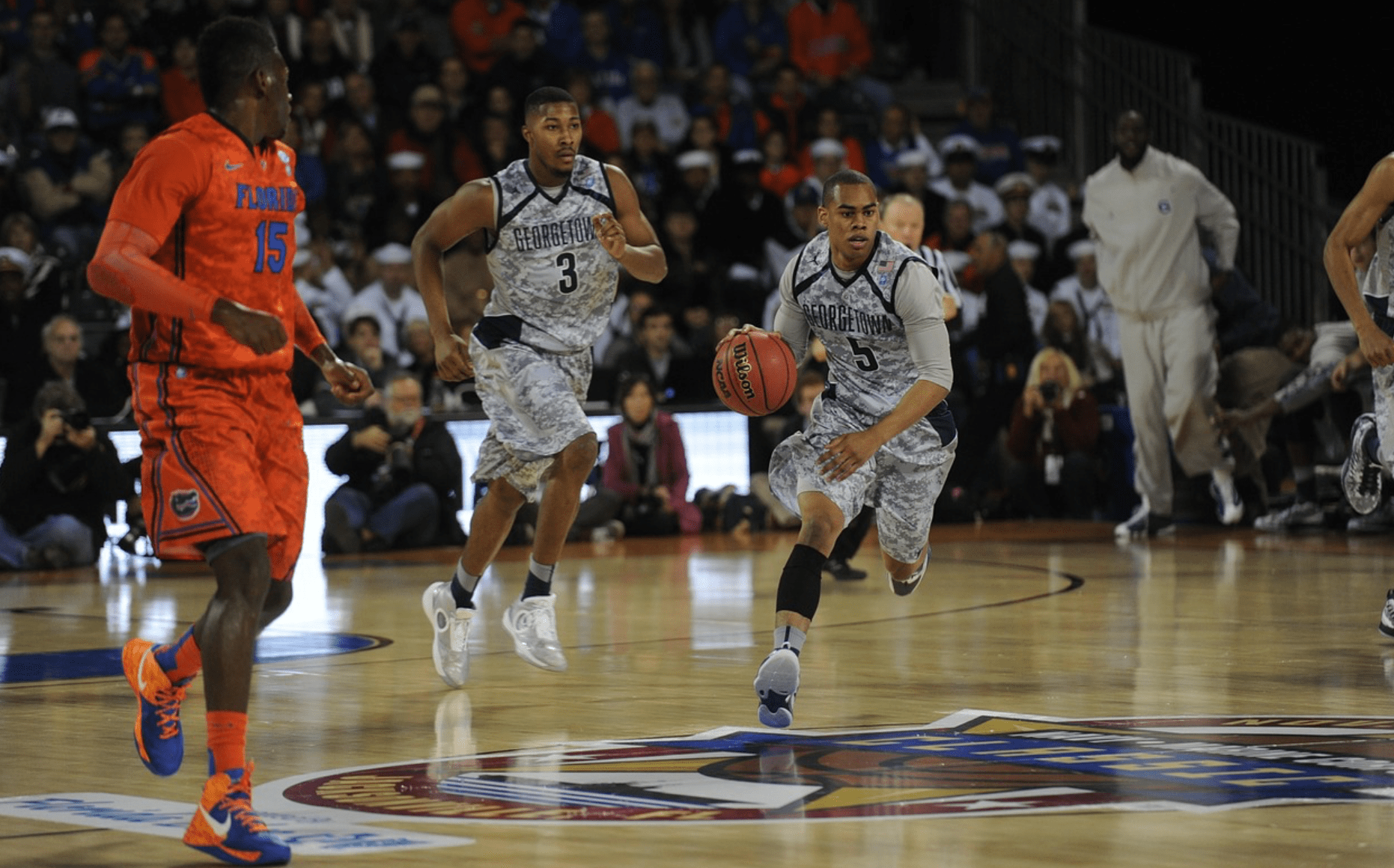 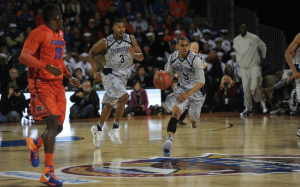 Hendrie Weisinger, author of NY Times Bestseller, “Performing Under Pressure: The Science of Doing Your Best When It Matters Most” was originally posted on Psychology Today. As coaches head into tournament season, it is important to know what to tell your team to motivate them before a big game.

Right before last year’s March Madness, I sent copies of what was to become my second NY Times Bestseller, Performing Under Pressure: The Science of Doing Your Best When It Matters Most to all of the 64 tournament bound coaches.  After all, isn’t getting the team to execute the book’s title the goal of every coach?   It’s hard enough to advance through the tournament but a team that can play its best under pressure at least give themselves a chance to go to the Dance.

Many of the coaches acknowledged the valuable gift.  Coach K sent me a grateful email (My note to him acknowledged that he really didn’t need it but I wanted him to have a copy for being so gracious when I bumped into him at LaGuardia airport.).  Coach Turgeon wrote me a thoughtful note and so did Coach Brey and Coach Ryan.  Coach Crean wrote that the book looked good and that he was pleased my daughter enjoyed her tenure at IU.  Coach Wright showed his appreciation by sending me a Villanova T-shirt.  All of these Coaches have teams that performed well under pressure and all are going to the sweet 16. (Coach Izzo didn’t send me a thank you note and my guess is he didn’t read the book, so I am not surprised his team was upset under pressure.)

Being a lover of college basketball, I want to do what I can to ensure that the next half of March Madness will be filled with great play and great games.  For games to be exciting and be decided in the last second, every coach has to get their team to perform their best.  That’s what us fans deserve: No choking and let the best team win!

Thus, I implore every coach: Make sure you continually reiterate to your players the following (if you have no interest in March Madness, apply these points to those you manage and your kids):

Tell your team to focus on playing your best, not winning.  Remind your players that the mission is to play their best.  Let the other teams focus on “winning”.  Players that focus on the outcome—winning or losing—are bound to experience anxiety that will manifest itself in turnovers, missed free throws, and poor shot selection.  Focusing on the outcome takes you “out of the moment” and you lose task focus. Telling your team that the mission to play their best will place their focus where it needs to be—doing their best in the moment. The caveat:  your team can play their best but still lose to an equally good or better team.  The Jayhawks can play best and still lose to another #1 seed, but that is a far cry from “choking” and losing in the second round.

Tell your players to clench their left fist before stepping to foul line.  You don’t want to lose a game because of poor foul shooting.  One reason players often miss a crucial free throw is that the pressure of the moment causes ruminating anxious thoughts that doubt their skill:  “What if I miss? My teammates are counting on me. If I miss I might not be drafted.”  These ruminating and anxiety-arousing thoughts disrupt the players’ flow, tense the body, and disrupt coordination—that’s why you often see foul shots way off their mark.  Studies (many using athletes) show clenching the left first seconds before you perform (or give a presentation or make a sales call) interrupts the ruminating thinking in the left hemisphere of the brain and primes the right side to perform well-rehearsed behaviors, like foul shooting.  As I pointed out in the book, this doesn’t hold true for lefties.

Walk like a champ.  It is well documented that body posture impacts how you feel.  Standing or sitting upright in a confident posture increases testosterone promotes feelings of confidence and lessens cortisol, the stress hormone. Tell your team to be aware, especially when trailing, how they run up and down the court, stand during a time-out, or sit on the beach.  Dickie V and Jay often make comments about a team’s body languagereflects how they are feeling, and they are right.

Write down anxieties night before.  To combat pregame jitters, have each player write down their anxieties the night before (tell them to do this the night before a test too). Doing so proves to be an effective way to empty the mind of counter productive thoughts and make them less likely to surface during the game.  Players might be reluctant to do this “silly exercise” so I recommend you tell them you will be collecting them right before curfew.  You might find reading them helps you get to know your players even better.

Just another game.  Be sure to tell them what Joe Flacco said before he won the Superbowl: “It’s just another game.”  Importance increases pressure.  Players who hold the thought, “This is the most important game I’ll ever play,” are increasing pressure upon themselves, which dooms them to playing below their capability.  Athletes who consistently perform to their capability reduce feelings of pressure by shrinking the importance of the event. This allows them to do what they usually do—play their best, and for the Jayhawks, that almost always wins.

Clap it up!  In the heat of the moment, its easy to feel more pressure than enthusiasm—even for you so make sure before you take the court to start, return from half-time, and each time-out huddle ends with 5 seconds of feverish clapping.  Vigorous clapping energizes the body and promotes positive feelings we call enthusiasm.  Enthusiasm fuels effort and confidence.  In a close game, the enthusiastic team often wins.  I credit Coach Norman Dale in Hoosiers for pointing this out.

Tune in to their senses.  A player who has a wandering mind is apt to make an errant pass or not “feel” which side his defender is guarding.  Help your players stay in the moment by instructing them to use their senses by seeing what is around them, hearing their teammates calls, and feeling the ball.  Using their senses will increase their focus to the moment, leading to smarter plays and less turnovers.

Flashback on Successes.  All of your players have been very successful, so make sure, especially when trailing, to remind them of their pass successes.

Tell them to have fun.  Remember that the biggest difference between those who perform well in a pressure moment and those who don’t is how they perceive the situation.  Those who perceive the tournament as a time to prove themselves and live up to the expectations of others are probably going to Choke City, because they are turning the event into a pressure-laden, threatening do-or-die event.   Get the team to think of the tournament as a time to have fun, something to enjoy, and remind them that it is the furthest thing from a true do-or-die situation.

Considering I received my Ph.D. in psychology from the University of Kansas, I was most pleased by the note I received last year from Coach Self:

Thanks so much for sending your note and the copy of your book. I look forward to reading it over the summer

We had a great season but had a disappointing exit from the NCAA tournament, so its time to reflect and reload.

Thanks again for your support of and interest in the Jayhawks

Based on how Coach Self has his team playing, I trust he read the book.

To learn more about how to immunize you and your team to pressure’s negative effects, check this out. Visit me at //hankweisingerphd.com